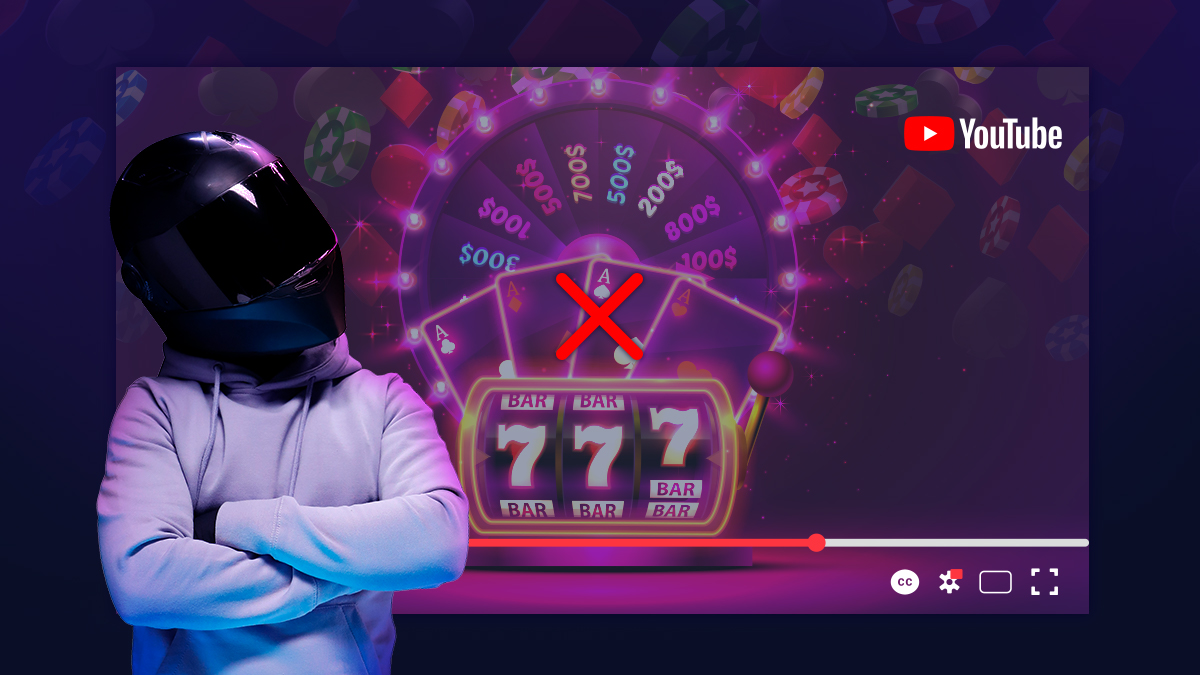 Earlier in the month of June, businesses operating within the gambling industry in both an online and offline capacity discovered that they will no longer be able to advertise on Google’s most prominent ad space, the YouTube masthead banner.

Indeed, the Google-owned video content platform has made the decision to ban any advertisements in the form of gambling, politics, elections, alcohol, and prescription drugs from its masthead banner on YouTube’s homepage. Furthermore, a Google spokesperson went on to say that the motivation behind the decision is that they “believe this update will build on changes we made last year to the masthead reservation process and will lead to a better experience for users”.

The ban of gambling from YouTube’s masthead banner is the latest in a series of endless restrictions and regulations imposed upon the advertisement of gambling. Therefore, there are both positives as well as negatives to consider in these situations. The negative is rather obvious since this is yet another hurdle that the industry faces and must continue to work around to promote their services to consumers. The positive aspect, however, is that at this point, the industry is extremely accustomed to the introduction of new restrictions being imposed upon them. By now, businesses in the gambling industry expect these new restrictions to come thick and fast, making them much more efficient in tackling them head-on.

In this article, we look to discuss the possible reasons why the gambling industry is constantly having to deal with a barrage of tough restrictions, and in some cases, bans thrown in their path.

For the affiliates who are currently reading this article, you will be well aware of the vast array of restrictions that have been placed upon operators of online casinos, online sportsbooks, and affiliate programs throughout the years.

Indeed, the rules which must be adhered to are different from one country to the next, making the task of keeping up with changes when venturing into new markets even more challenging.

On the other hand, perhaps this is the wrong approach? Is there evidence to suggest that heavily regulating and banning gambling ads has no real positive effect or, even a negative effect on both existing and potential new players?

One of the main arguments for regulating gambling advertisements through traditional and digital media is that it is one of the driving forces behind problem gambling and gambling addiction.

Moreover, the flashy images and often visually appealing offers placed in online casino advertisements can be considered highly alluring for many individuals. This is even more so the case when certain ads depict the celebration of big cash wins. Whilst this does create an unrealistic scenario that could tempt many to gamble, is this enough to suggest that gambling advertising can lead to an increase in gambling addiction throughout our society?

There are many who suggest that this is the case. If an individual witnesses an advertisement for an online casino, they might easily ignore it at that specific moment in time. But, does it live in our memory long enough for us to be drawn back to it in a moment where we are in a more vulnerable state?

Either way, it would be slightly presumptuous and unrealistic to believe that banning online casino and sportsbook operators from advertising their platforms would result in people shying away from gambling altogether. However, dulling down such advertisements by removing highly seductive imagery and persuasive language could prevent those with addictive personalities from venturing into gambling in the first place.

Moreover, an article published in The Guardian in March of 2020 claimed that with the current volume of gambling advertisements, children are more likely to become gamblers when they are legally allowed to do so in the future.

The study, which was carried out by researchers at Ipsos Mori and the University of Stirling, stated that surrounding younger individuals with gambling ads on TV and social media, would lead to their perception of gambling to change, as it becomes much less of a taboo, and instead, more of a norm which they are used to coming across.

Another commonly heard phrase used by those who are advocates for the restriction or banning of gambling ads is “we don’t allow smoking ads, so why do we allow gambling ads?”. The main point here, being that both smoking and gambling can be attributed as causing people to form bad habits in their lives.

At the end of the day, the purpose of advertising is to convince people to purchase certain products and services, making this argument a fair one. Although, as mentioned earlier, removing such ads altogether is unlikely to result in people choosing to no longer do something. If individuals want to smoke, they are still going to visit their nearest convenience store and purchase a pack of cigarettes, aren’t they?

The third argument contributing towards the suggested harmful effects of gambling advertising comes due to the coronavirus pandemic. With lockdowns experienced in almost all countries since early 2020, as well as commercial establishments and schools being shut down for the best part of a year, more individuals have found themselves stuck at home with far less to do than they are used to.

With a lack of resources to fulfil peoples’ need for entertainment, some of the more vulnerable sectors of the population might find themselves alone in such situations, causing them to develop into problem gamblers. Other factors such as stress, previous gambling addictions, and financial worry could also be seen as major causes.

The points presented above are all valid in their respective ways. However, there is a counter-argument to be made in favour of keeping gambling advertising as it is, which brings us to our next section.

Gambling Advertising: why we shouldn’t ban it

At the beginning of this article, we outlined how the gambling industry in its entirety has had to deal with an alarmingly high number of restrictions placed upon it when it comes to advertising its services.

Whilst the argument that gambling advertising leads to an increase in problem gamblers is not a fabricated one, there is also evidence that goes against this theory. For example, a study commissioned by GambleAware recently found that the online surveys used to collect data from UK gamblers actually “over-estimated” the level of harm caused by gambling.

Moreover, the researchers at the London School of Economics discovered that the rates of problem gambling were found to be much lower when studies were carried out through “paper questionnaires and face-to-face interviews”. Therefore, the actual level of problem gamblers could be very different to what is being shown if the majority of data collection is done through online methods.

Lastly, when combining the fact that data on problem gamblers may often be skewed, with the argument that gambling has already faced a plethora of tough restrictions that it must deal with, one could suggest that enough is already currently being done to combat problem gambling without having to totally ban gambling ads.